There’s a musical term called “rubato”. It’s an Italian term that literally means “robbed time”, in other words that you can “borrow” time from one part of a musical phrase and “pay it back” later. In a bar of four beats you could play the first two a bit slower and then the last two a bit faster to catch up. That’s a bit like how I’m approaching my study plan.

It’s been a hectic few weeks. The orchestra hit a really busy period with performances with Pink Martini, a tour a programme of Beethoven and Philip Glass, playing live for a screening of The Bride of Frankenstein, another with the first Lord of the Rings movie, as well as other concerts and recordings. In my parallel career as a writer I was busy reviewing dance performances and writing features, including a really interesting examination of charges of plagiarism against Beyoncé. And that doesn’t include the other day-to-day stuff being a father to two kiddies under four.

Sometimes in the orchestra I have to play very strictly in time, like during recordings. Everybody wears headphones and listens to a “click-track”, which is like a metronome that every musician follows. It’s very precise and every note you play has to precisely co-ordinate with the clicks in your ear. At other times more flexibility is allowed. At last week’s screening of Lord of the Rings: Fellowship of the Ring the conductor had certain amount of flexibility. Even though he had to co-ordinate specific changes of music with certain scene changes he still had freedom. Not every note of music had to be synchronised, so he could conduct some sections a bit slower and then catch up by conducting other parts quicker and vice versa.

This is a long preamble into telling you how my study plan is, well, in tatters. I’ve fallen behind in my self-imposed deadlines for reading and writing (and my regular blog posts dried up for a few weeks). Am I worried? Not a bit.

It’s not that I’m delusionally confident in my intellectual prowess in Politics and International Relations. It’s just that, for a start, getting overly stressed about it won’t help. More importantly there’s still a lot of time and I know that I can catch up with my timetable.

In some ways I’m used to this kind of give and take in my schedule. I normally work irregular days and hours, so I study when I am free rather than on specific days, like weekday nights or weekends. Other students will have more regular schedules, but, for everybody, the nature of external study demands a certain amount of flexibility with our time.

Whatever kind of lives we lead, a study timetable is essential. That’s why I know that I can catch up. I know how far I’ve fallen behind and what I need to do to catch up. My timetable isn’t too detailed. I have a finishing date for the initial readings and a period of revision mapped out. Narrowing down, I’ve got a set number of topics to be covered by the end of each month, which I then fit into my monthly schedule.

I’m already catching up with the last few early-November topics and reckon I’ll be back on track within a few weeks. I’m sure I’m not unique and we have all strayed from our plans. For me what’s important is to not panic and revisit my schedule regularly to stay focussed on what needs to be accomplished.

3 thoughts on “Rubato-ing all the way to the exams” 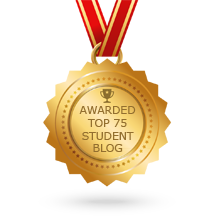 If you are a current student enrolled on a University of London programme and are interested in becoming a student blogger, please contact us at blogs@london.ac.uk. Be sure to include where you are from, what you are studying, your student number and why you want to blog.